I guess “conductivity” and “resistivity” are terms relatively simple to explain to the general public. Conductive materials conduct electrical currents easily, and resistive materials resist electrical currents. So what should an engineer know about these terms that the general public does not generally know? By knowing how they are defined, and knowing the difference between resistivity and conductivity, and resistance and conductance.

Do you know that not only mice and felines grow whiskers? Metals do too! Surprise surprise! To system and electronic engineers however this is an unpleasant surprise, a nightmare that they wish never will happen in their products. This phenomenon gain so much attention that high tech companies such as Lockheed Martin and NASA are still trying to understand it.

It has been a rather long hiatus from my technical blog, so I wanted to start the year off with something light yet useful for the readers. Since I just got myself a new laptop, running on the dreaded Windows 8 instead of the familiar territories of Windows 7, I decided to share one of the frustrating encounters here as well as how to tackle it.

For some unfathomable reason, the Hibernate option is not available when Shut Down is selected. This has been a very useful option for me, especially when I do not want to shut down all my applications and restart them again when I call it a day. To have all those programs ready to work when I have the laptop boot up again is really time saving, and I just could not believe that Microsoft would just do away with it.

Sure enough, online articles started offering tips and advice as to how to get that option back. And it was as I suspected - Microsoft still had the option available albeit hidden off and not even a cursory glance through all option would tell you how to get it back. Posted here are the steps to enable the options.

If you are a Pro/ENGINEER user who finds the fact that the model's edges are not easily distinguished and causing features hard to find, then you may try this option to make the edges more prominent. 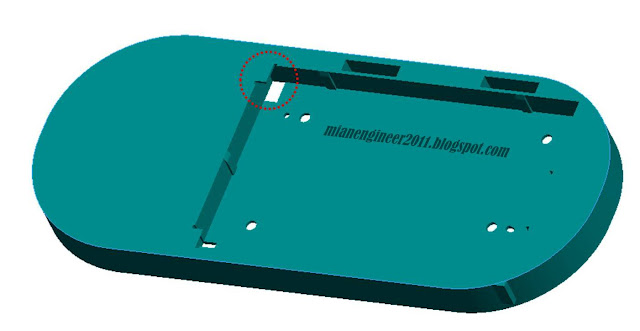 Singapore has just launched its third series of coins last month, with the $1 coin stealing the limelight with its bimetallic composition. A golden brown outer ring encased a chrome inner core, which in fact are respectively brass plated and nickel plated metal. Much as a coin calls to mind the buying and selling process, there are also engineering involved in the metallic item – the manufacturing of it.

Indentation hardness quantifies the resistance of a sample to material deformation, plastic deformation to be specific, due to the effect of a constant compressive load of a sharp object, hence the term “indentation”. In this test, a specific indenter is exerted onto the test material until an indentation is formed, of which dimension is measured and determines the hardness in accordance to a certain scale.

For engineers personally involved in testing materials, it would be important to understand that most indentation tests have specific load rate and specific dwell time (the period in which the indenter load is held without moving), but not all of them are so.
Read more »
Posted by Unknown at 04:40 6 comments

Hardness - How Hard Is Hard?

It is quite easy to say that a piece of metal is harder than a block of rubber, but how hard is hard? And is a cast iron harder than a stainless steel sheet? How would one find out information about hardness when you are reading the material properties from a specification sheet?

In fact, when I read more into this property, it is not as simple as we usually would have thought, seeing that we use the descriptive term daily in our conversation. It could be said that:

Hardness is a measure of how resistant solid matter is to various kinds of permanent shape change when a force is applied.

Engineers from around the World